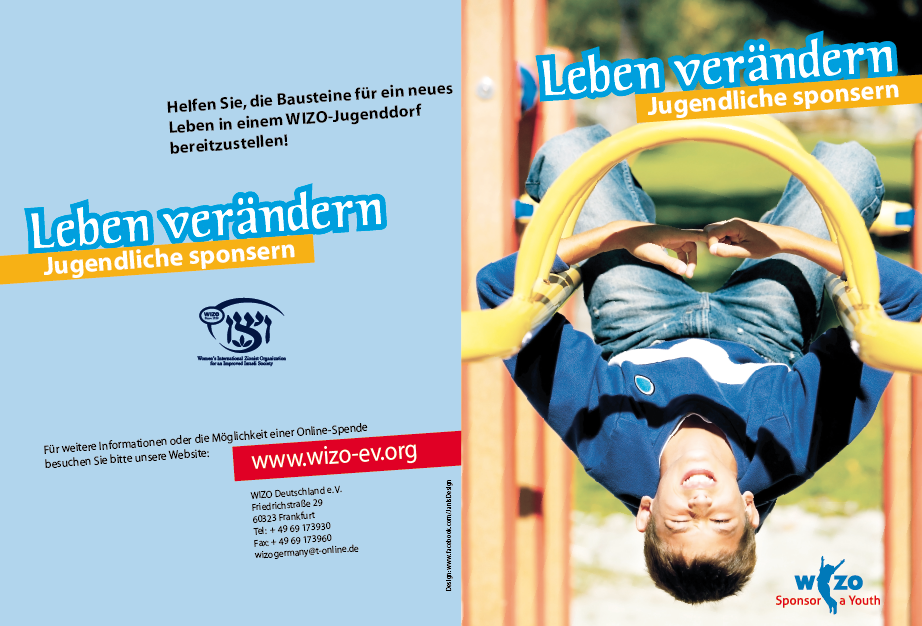 WE RAN AWAY BECAUSE OF THE SIRENS

IT IS GOOD TO BE PART OF IT
(Thanks to my dear WIZO-Chavera Dr.Rachelle de Vries who supported and improved my humble English!)

Every year in June my husband Volker and I go to Israel to spend two weeks-holiday there. We meet friends, hike in the desert, sit at the beach. Breathing in Tel Aviv, one inhales more air, than in any other place in the world. It seems to be just like this.

However, this year, in addition we had the great pleasure to visit projects which are supported by WIZO. Deputy Chairperson Avital Blumenthal came to our hotel to pick us up. Together we went to the Luba and Moshe Korn Day-Care Center which is sponsored by “my WIZO group” in Germany. We were received most kindly by Sagit Simon, who has been director of the day-care for the last sixteen years. She explained to us how the work with the children is organized and showed us the rooms with the different groups.
All the children seemed to be very content and interested in what the teachers were arranging. Singing, dancing, painting. When the door was opened they gaily dashed outside to play in the yard with their little bicycles and cars. It was heartwarming to see and hear all this. What surprised us and made us especially satisfied is the fact that the delicious meal (for lunch we got a taste of it) is freshly prepared everyday by the center´s cook. Immediately we thought of our WIZO Gala in Frankfurt, where sponsorships are offered to cover the annual costs for the meal for one child or more. I must admit it really makes a big difference if you know the theory that a child somewhere in Israel gets food from your support or have seen the children who enjoy what´s offered to them.
Everything was delightful, we left looking forward and curious of visiting the next project which (as Avital explained to us in the car) is supported by WIZO South Africa.

Together we entered a nice house in a well kept street in Herzliya. Eli and Ariella, a very friendly couple, was waiting for us and showed us around. After having raised their own daughters (as members of a Moshav),  they  now live in this house as foster parents to eight children,  whose biological parents are not able to keep them at home because of difficult circumstances. And that´s the point that struck me most. The kindred mothers come and see their children from time to time or take them home for a weekend. It was revealed, that these wonderful foster parents not only have to deal with the children but also with their mothers (or fathers as necessary). I said to my husband: ”These people must be Saints to live such a life.” But actually they provide a real family for these children (teens most of them!), caring for them day and night.
Just when we went out into the little yard, which is a cozy place for the big family to sit and relax in, Tova Ben-Dov and Janine Gelley came in together with a WIZO member and her husband from South Africa. It was proof, that WIZO members all over the world not only are sponsors but that there is a special bond between them. As if we were old friends we all drank coffee and ate the delicious cake together which Ariella had prepared for us.

We got the impression that the foster parents, striving for a fulfilled life are not heavenly people but are down to earth knowing very well what they are doing and that they really love the children they are responsible for. They told us that WIZO owned four more houses in the neighborhood with foster parents and they all have good relations with each other.
What a blessing!

Most of those children, who are old enough to leave the foster family, call and come back from time to time to the places where they´ve found care. That is how the parents are rewarded. The seeds they plant present them with love in abundance. And it is good to be part of it. It is good to be a WIZO member! 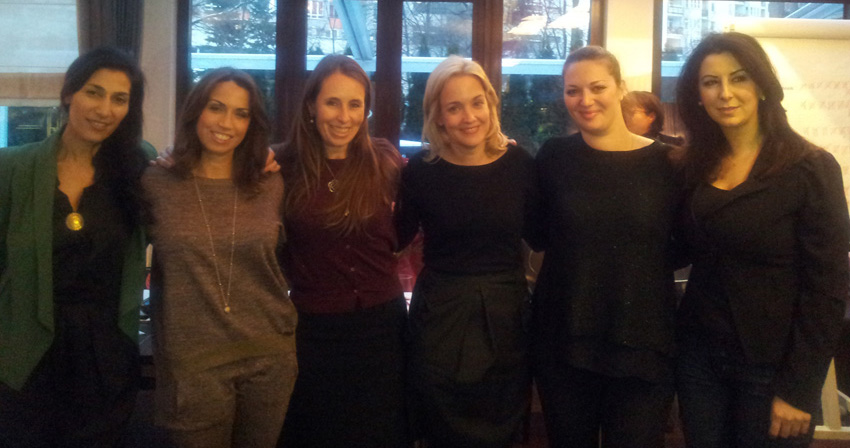 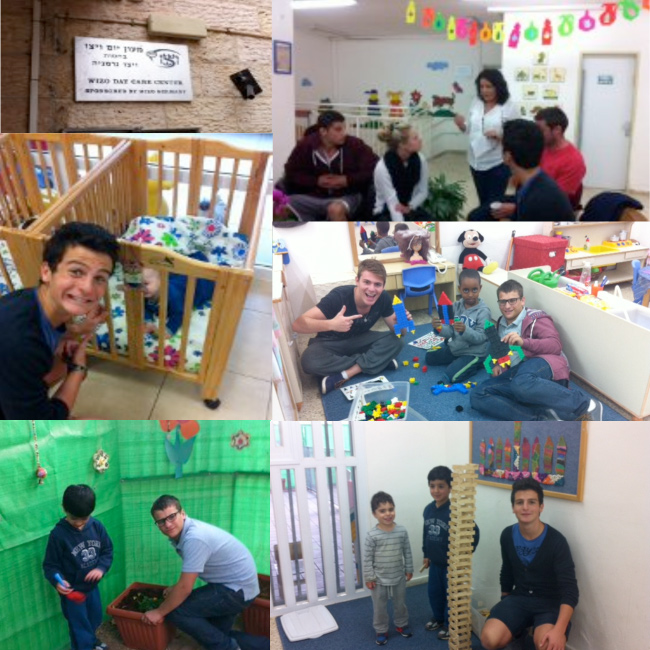 Yesterday was Good Deeds Day in Britain, and six youngsters, who are spending their gap year between school and university in Israel, came to the  Helene and Nadine Multi Purpose WIZO Day Care Center, sponsored by WIZO Germany, in Jerusalem to contribute their good deeds on this date.The Day Care Center is a multi purpose Center, in an area called Neve Yaakov, which was built after the Six Day War and is largely populated by immigrant communities, the Former Soviet Union, and from Ethiopia.  At the present time the area is undergoing a transition towards ultra orthodoxy, which has also has an effect on the Day Care Center.

I tried to convey to them that WIZO is a huge organization, with far more influence on society than they probably have ever heard about, or will ever hear about.

They learned about British WIZO, and how our mother foundation began. They also learned about the scope of WIZO federations around the world. All this was done briefly, in the entrance hall of the Day Care Center, which, by the way, is a delightful building, airy and welcoming.

The group was taken through the different classes, from the sleeping babies in the babies class, and through two Haredi (ultra orthodox classes).  These two classes were set up following requests from the ultra orthodox in the area, who wanted their children to have the education that they perceived as important, and given by staff who were dressed according to the high levels of modesty that fathers want when calling for their children from the Day Care Centers.

We were also told of a number of Arab children in the Day Care Center, and I, myself was very proud of the way that WIZO accommodates different sectors, whilst teaching mainstream values.The boys and girls then joined the children in the kindergarten class, and it was here that the fun began.   As the kindergarten teacher said, ‘Play knows no language’, and this was so true as the two groups bonded together, playing and frolicking, enjoying one another, on the slides, playing football, rolling on the floor of the outside playground…..it was a case of ‘everything goes’.The Director of the Day Care Center explained that for most of the children, this opportunity to see the youngsters, especially the males amongst them, was very special. They rarely receive any attention from the men in their lives, many of whom are non existent, and others who are short tempered.  They hung on to the visitors, not wanting to let go of them.

The group then came back into the building, and sat around tables, drawing, painting, building.  The volunteers were full of ideas and kept the children occupied for over an hour.Some parents then began to arrive, and joined the volunteers in planting window boxes, together with their children, in just one of the activities that WIZO operates as part of its efforts to work with parents, and improve parenting skills.

We are not sure who is having more fun!After a meal, lovingly prepared by the staff, this very special afternoon came to an end.  I wish to pay tribute to the warm atmosphere in the Day Care Center, the love of the staff towards the children, which was very evident – and the goodwill of all involved for making this a very special experience for both the children, and this wonderful group from the UK.

One of the Volunteers, Ella Dennison (elladennison@hotmail.co.uk), wrote the following:
‘This afternoon has opened my eyes to many different organizations around Israel that help children to achieve more than they would have otherwise.  It makes me proud of this country that brings out the potential of all the children we met this afternoon.  I also noticed the different ethnicities  within the classroom, showing that Israel is really making a step towards co-existence from an early age.’

I am grateful to have had the opportunity to be part of such an exciting visit.

Ruth Radberg,  Office of the Chairperson

As per your request I am enclosing the E mails of the participants:
Raphael Moatti  –  moatti.raphail@wanadoo.fr
James Newman – jamesnewman94@gmail.com
Ella Dennison – elladennison@hotmail.co.uk
Daniel Jager – danjager5@gmail.com
Avi Libbert – avilibbert@hotmail.com
Katie Webb – katrwebb1995@hotmail.co.uk
Josh Silverberg – the madrich, who has made aliyah recently, and is doing a great job – joshs@yji.co.il 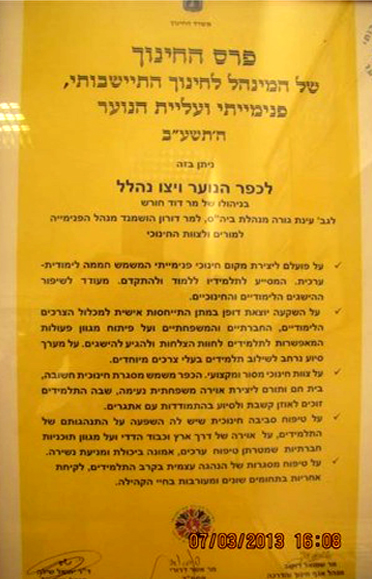 WIZO School and Youth Village Nahalal, sponsored by Canadian Hadassah WIZO and WIZOuk, was awarded the:

Education Prize for 2012/2013,of the Authority of Rural Education, Dormitories and Aliyat Hanoar,of the Ministry of Education.The plaque, which was presented to WIZO Nahalal, detailed the reasons for Nahalal being chosen to receive this prestigious award:‘The prize is presented to the WIZO Nahalal Youth Village for its endeavors in establishing an educational boarding school which serves as learning and respected surroundings, for helping its pupils to learn and advance, for encouraging improved learning achievements, for nurturing an educational environment which has a positive effect on the behavior of the pupils, for an atmosphere of mutual respect and courtesy and the wide range of social programs which strive to nurture values, belief in self potential and prevents dropping out of the educational system. For the educational staff which is devoted, professional and provides an important educational framework, a warm home and contributes to a pleasant family atmosphere in which the pupils are both heard and helped to cope with challenges.’Congratulation to everyone who is involved in the highly regarded work that is being carried out in the youth village and thanks to Canadian Hadassah WIZO and WIZO uk, for their sponsorship of this unique school and youth village. 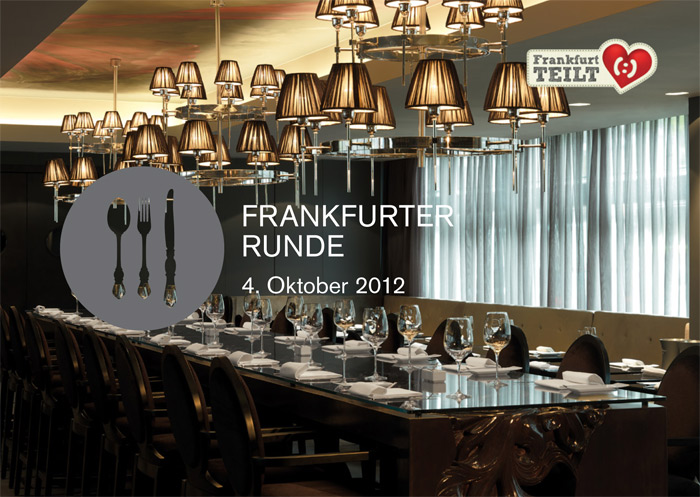 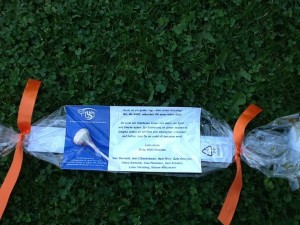 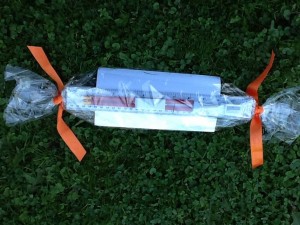 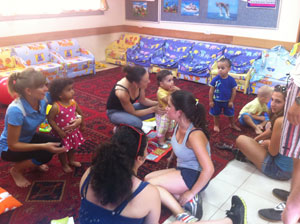 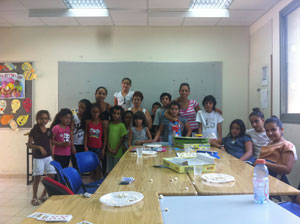